Remember that class picnic? It was the day after we had finished our Pharmacology Quiz, and I had done so poorly in it. At least I thought I had but ended up getting a good grade anyway. I don’t know how. You had told me all along that I worry too much and that I would pass it, but I was crying and you held me so tight and said that it was just a silly class quiz and not a public exam. And when the results were known later you had said, “I think Dr. Verghese has a crush on you. That’s why you passed”. How we had laughed at that thought. Do you remember that?

The next day we all had gone on the picnic, and you didn’t come because you had to meet with the army recruiter in the middle of the day. You forced me to go along with the others. There were so many of us all talking and singing and laughing, and I was so alone. It seemed the world had stood still, even though I saw the trees fly by, and the small villages with their little homes speed along. The sky was so intensely blue. It always is blue there, isn’t it?

When we all piled out of the college bus, the whole area was so perfect. The trees had formed a canopy of leaves so I could hardly see the sky. There were so many birds and flowers. Maya and I started walking toward the creek after lunch, and kept climbing up. It wasn’t a steep climb, and we kept along the bed of the creek, which widened in some parts and narrowed in others. We came to a grotto like place and saw the waterfall over it. It was like a curtain of water, hiding a cave, which was nothing but an alcove of sorts. It was a beautiful place. Maya wanted to return to the group and she started walking down, telling me not to stay there too long. I sat there and played with the water. My feet dangling in the cold, almost icy cold water!

There was so much peace there. Everything was so perfect. The air was gentle, the water cold and the sky so blue whenever I could see part of it. And suddenly you were there. Standing in front of me. I thought I was dreaming. You smiled and sat down and removed your shoes and put your feet in the water.
“This water is icy cold”, you said.
“Why did you come?” I was looking at you in disbelief.
“The army recruiter came earlier than I expected.”
“How did you get here?”
“I brought my motor bike”.
“You drove twenty miles on these narrow paths on your motor cycle?”
“I didn’t want you to be alone!”

My eyes spilled mist all over the cheeks, and you held me and said,
“And also, I missed you!”

We had stood behind the waterfall, and watched the cascade come down. You reached for my hand and I had given it to you without any hesitation. We walked back, this time we were walking in the creek bed. The pebbly prattle keeping rhythm with our heartbeats, our feet cold against the soft silken stones in the water, we didn’t want that moment to ever end.

But how quickly everything vanished. All those moments all that love, the dreams of youth and the hopes for a life of togetherness, just disappeared. Like a mirage! Everything was stilled… and the silence tore through and through.

This morning, a friend talked about walking along a creek near her home and described the water being cold and the stones so pretty under the water. And the sleeping ghosts were awakened and thoughts of memories came hurtling towards the closed doors of my heart, and kept knocking and knocking and knocking…. 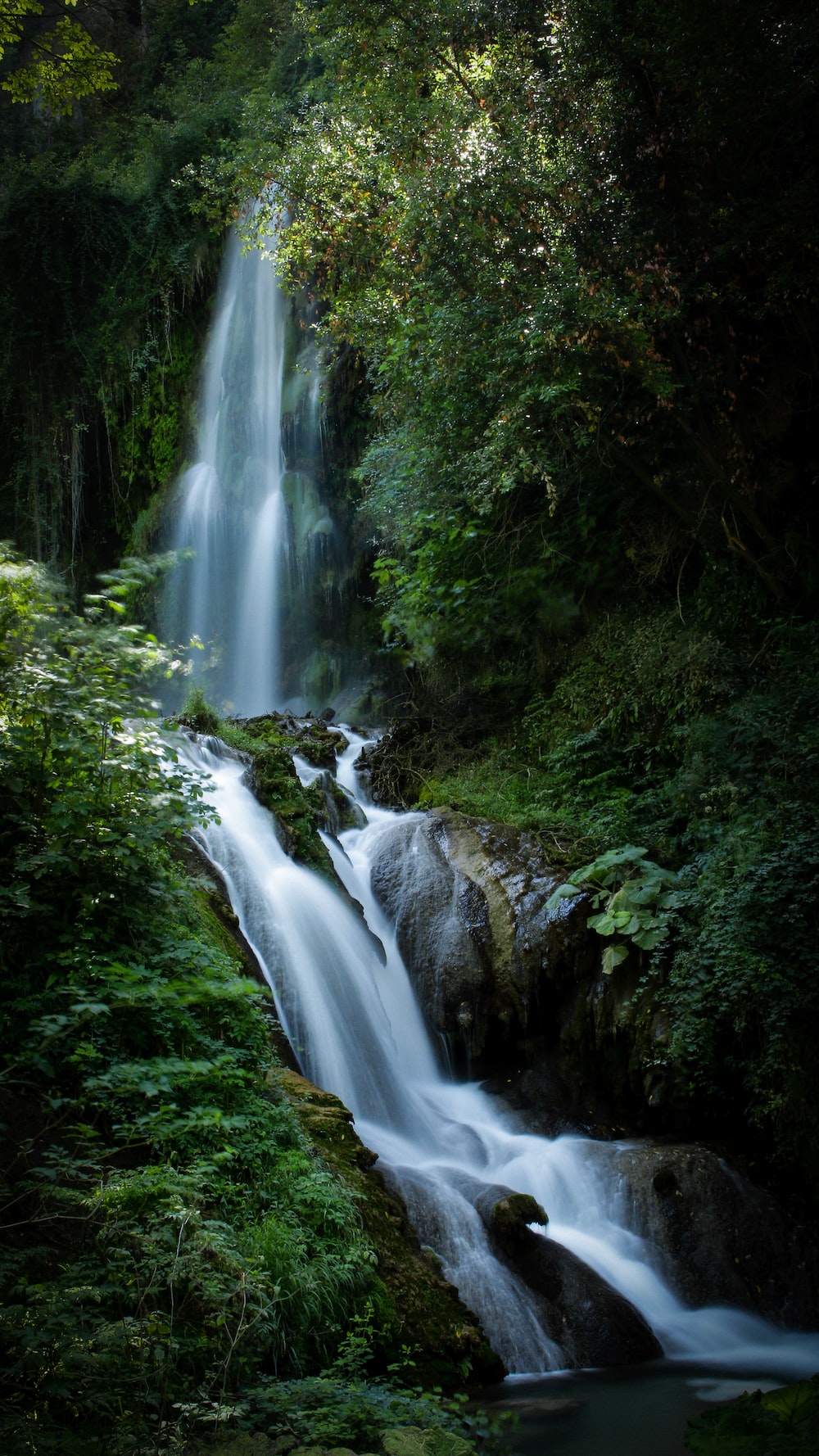 Above image from Google.

26 Responses to The Mirage©