A letter forwarded to me from Humayun’s Commander. 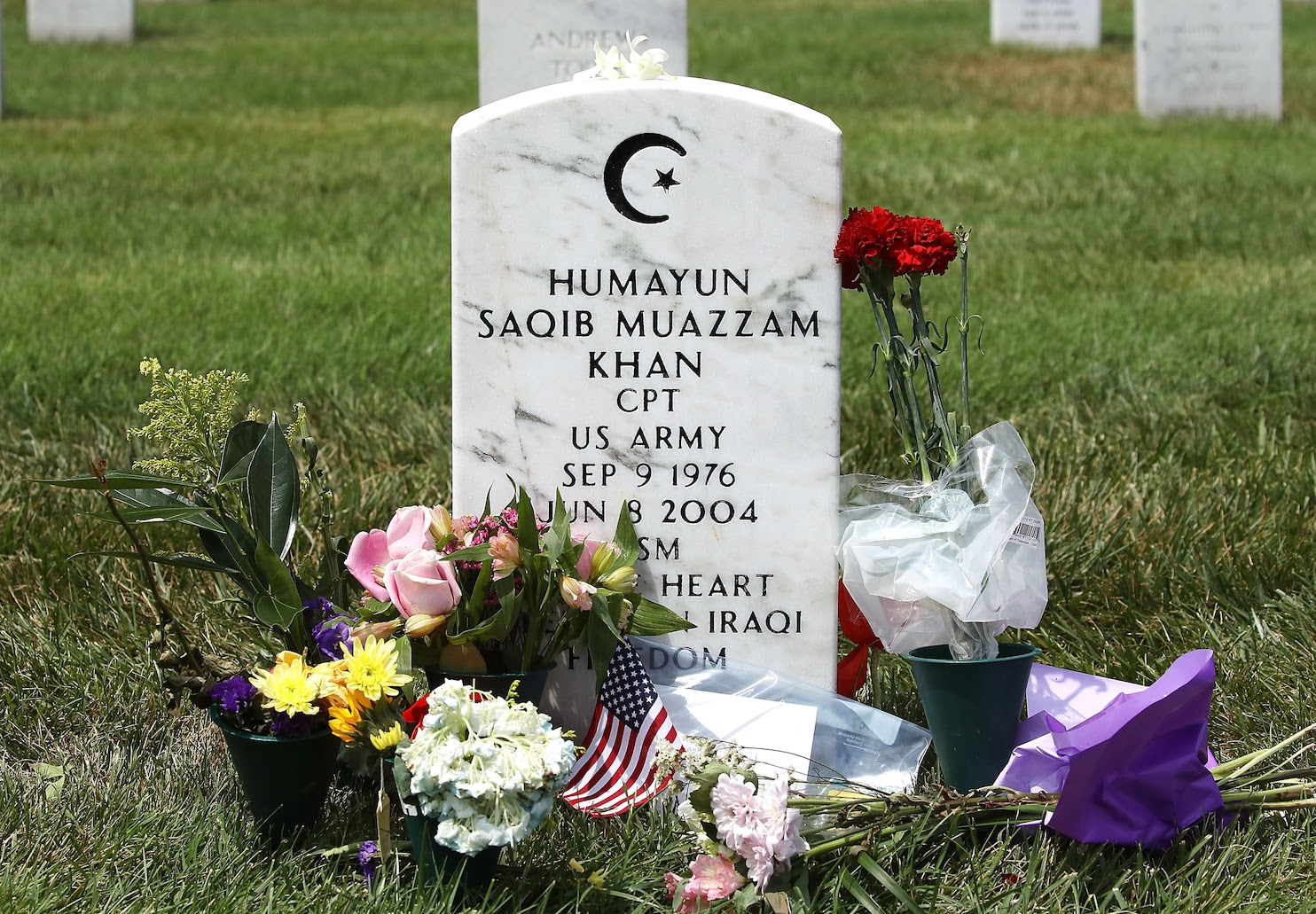 The writer is a retired U.S. Army major general.

I am a former soldier who served our nation in uniform for more than 34 years. I was also Capt. Humayun Khan’s combat brigade commander inDiyala province, Iraq, in 2004. I came to know Humayun after taking command of the 3rd Brigade, 1st Infantry Division, in Germany in 2002. The motto of our unit was “No mission too difficult. No sacrifice too great. Duty First!” Humayun was a wonderful person, liked and respected by all who knew him. I used to joke with him about the tank platoon he once led, which I had led 20 years earlier. I often told him that we were kindred spirits. I remember clearly the day he died.

Play Video3:46
Both Republicans and Democrats are publicly responding to the row between GOP presidential nominee Donald Trump and Khizr Khan. Khan’s son was killed while serving in Iraq. Here’s what politicians from both parties said. (Monica Akhtar/The Washington Post)

Humayun was a great officer. The 201st Forward Support Battalion, Humayun’s unit, was the most motivated and combat-oriented logistics unit I had ever seen. It supported our 4,000-person brigade, protected wheeled convoys and was responsible for guarding the gates at our large forward operating base: Camp Warhorse.

We employed more than 1,000 Iraqi citizens at Camp Warhorse. We were slowly making progress in the province, the economy and security were improving, and the insurgents were losing steam. Security at Camp Warhorse was extremely tight. Unfortunately, we had killed or wounded several innocent Iraqi drivers at our gates over the previous month for failing to heed our warning signs and our gate guards’ instructions. Each of these incidents potentially hurt our relationship with local Iraqis. Humayun had fostered a warm relationship with our local workforce, and he and his unit were determined to break the cycle of violence by reducing or eliminating unnecessary deaths and injuries at our gates.

On the morning of June 8, 2004, the gate guards alerted Humayun to an orange-and-white taxicab slowly moving through our serpentine barriers during the “rush hour” of Iraqi day workers coming onto camp. Humayun probably moved toward the suspicious vehicle to avoid killing the driver unnecessarily, but at some point, he concluded that something was wrong and ordered his men to hit the dirt. The driver detonated his car bomb, killing Humayun and two Iraqi citizens. Humayun died trying to save the lives of innocent Iraqis. His brave effort to approach the vehicle probably saved American lives as well.

I raced to the gate upon hearing the huge explosion. It was an awful scene. Battalion commander Lt. Col. Dan Mitchell and his soldiers had resecured the destroyed gate, but we lost more than a gate, we lost a member of our team — of our family. Humayun’s death caused sadness throughout our entire brigade combat team. There were three memorial services for him — one with our soldiers at Camp Warhorse, a second with our rear detachment and family members at our home base in Vilseck, Germany, and a third with the Khan family in United States. We named the 201st Battalion headquarters on Camp Warhorse the Khan Building in his honor.

Humayun was one of 36 men and one woman in our brigade who died during our year in Iraq. Our fallen comrades were of all races, religions and genders. They represented sacrifice, service, duty and the essence of what makes our country great. And, yes, it is a great country right now. Despite our flaws, the United States remains a beacon of hope around the world.

I join all those who stand in support of the Khan family. This family is our family, and any attack on this wonderful American Gold Star family is an attack on all patriotic and loyal Americans who have sacrificed to make our country great. Any politically or racially motivated attack on the Khans is despicable and un-American.

9 Responses to A letter forwarded to me from Humayun’s Commander.