Today is Andrew’s sixth birthday. All week he has been getting gifts from me. Today I took a balloon to his class weighted down with Hershey chocolate bars, which he loves. Here are some pictures from the class room. His mother had brought cookies to class and Andrew distributed them to his classmates. And everyone sang the birthday song to him.

It was too frikkin’ cute!

The kids had written a story about pigeons. Andrew read his story out loud so his classmates and his Ammi (moi) could hear it! 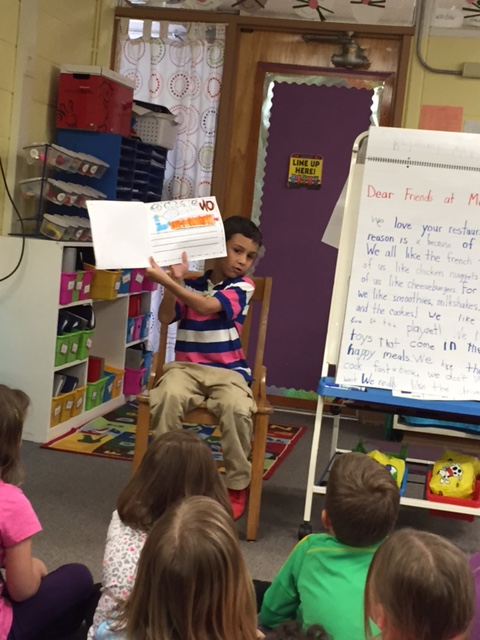 I am telling you, it was just too adorably cute for words.